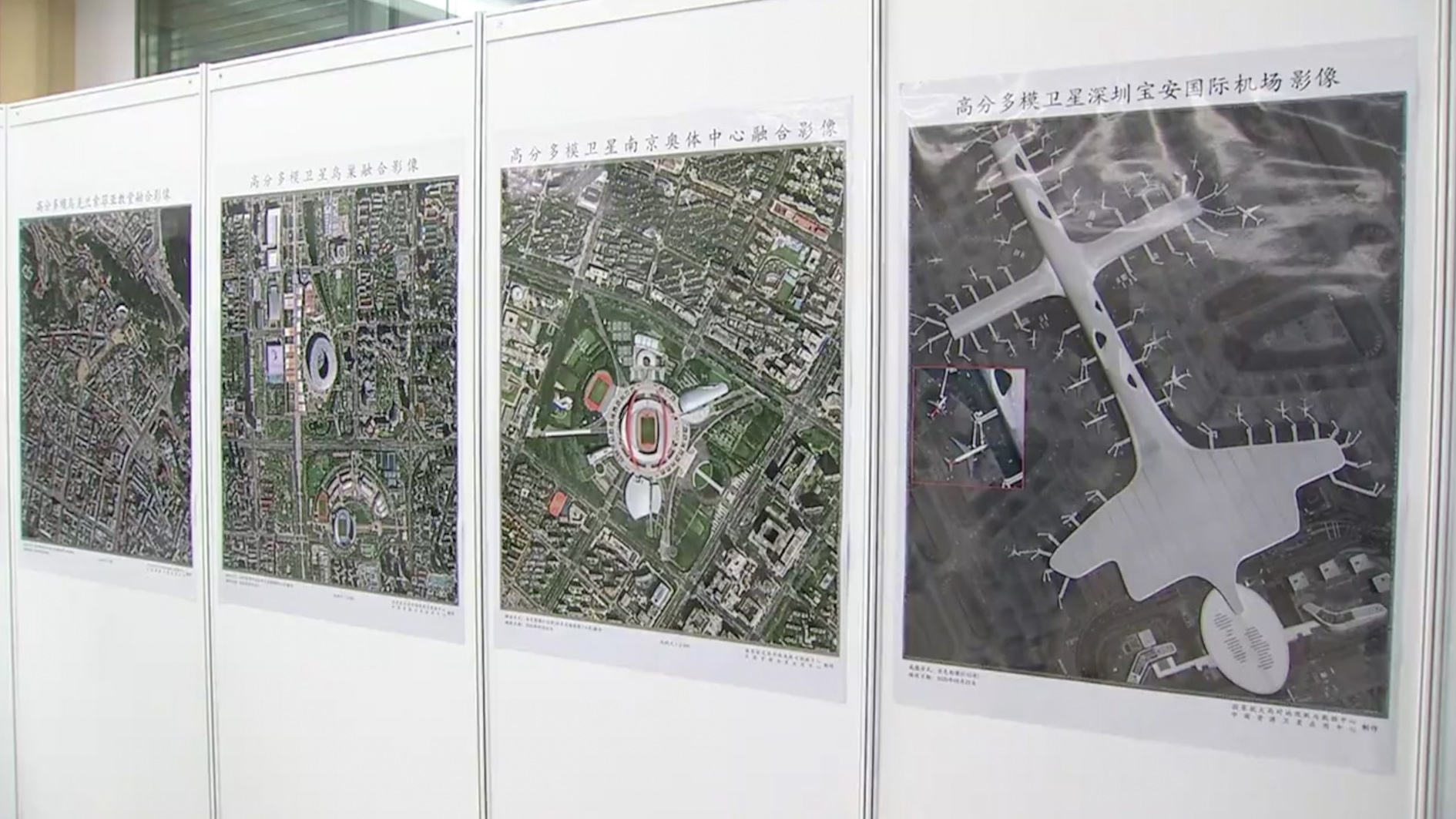 The first images from the latest in the Gaofen satellite series have been released, marking a significant development in China’s ability to capture high-resolution images from space. It was launched from the Taiyuan Satellite Launch Center back in July and is expected to play an important role in mapping, agriculture, environmental protection and other areas. 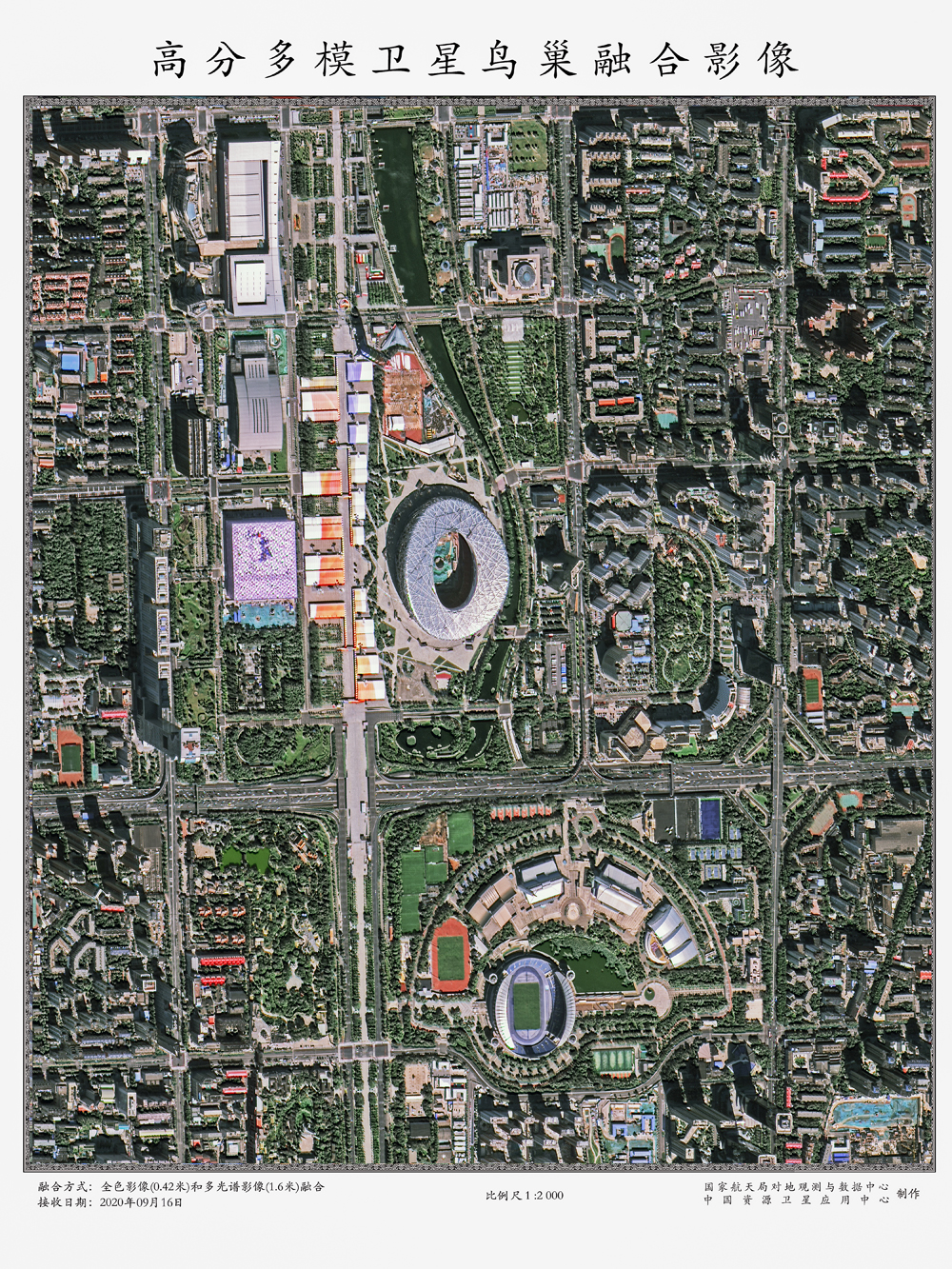 The side swing is 31 degrees overlooking the Bird’s Nest in Beijing, and the internal preparations for the Winter Olympics construction are clearly visible. /CNSA

China’s National Space Administration on Tuesday released the first batch of more than twenty sub-ratio high-resolution images, taken by the new “multi-mode” Gaofen satellite. The images show landmarks in Beijing, Inner Mongolia, Lanzhou, Jiayuguan and Gezhouba. They’re clear and rich with a distinct hierarchy. They demonstrate the advanced imaging capabilities of the new Gaofen satellite, and its ability to capture photos at a high geometric resolution. 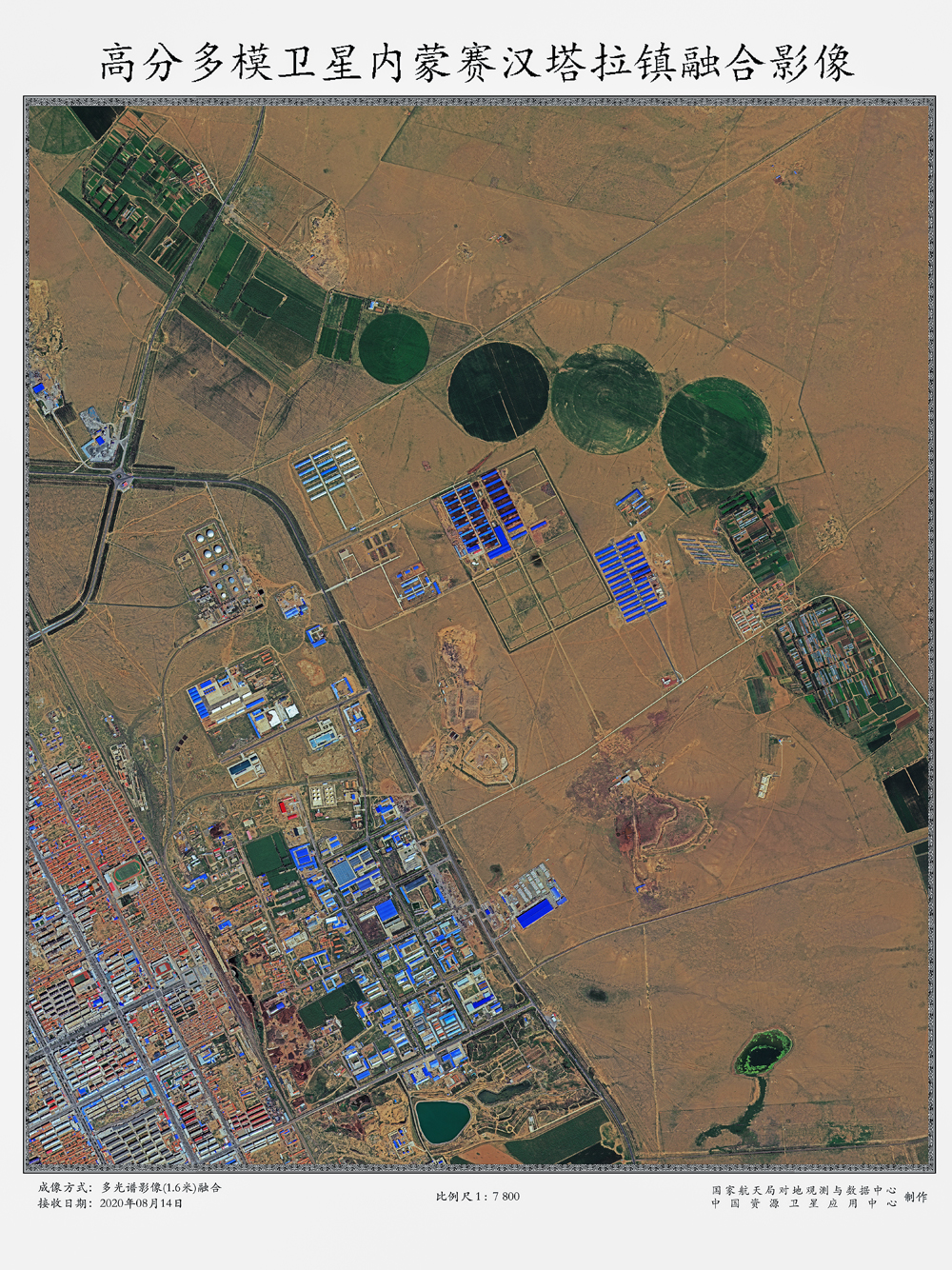 “One of the satellites’ features we talked about is that we use a large-aperture camera to do the imaging. This large-aperture camera contributes a lot to the total amount, but it also brings with it another problem. The imaging needs to not only be clear, but also be captured immediately, which is very difficult. The satellite combines large caliber and rapid response capabilities,” said Meng Jingjie, Deputy Director of Earth Observation and Data Center of CNSA. 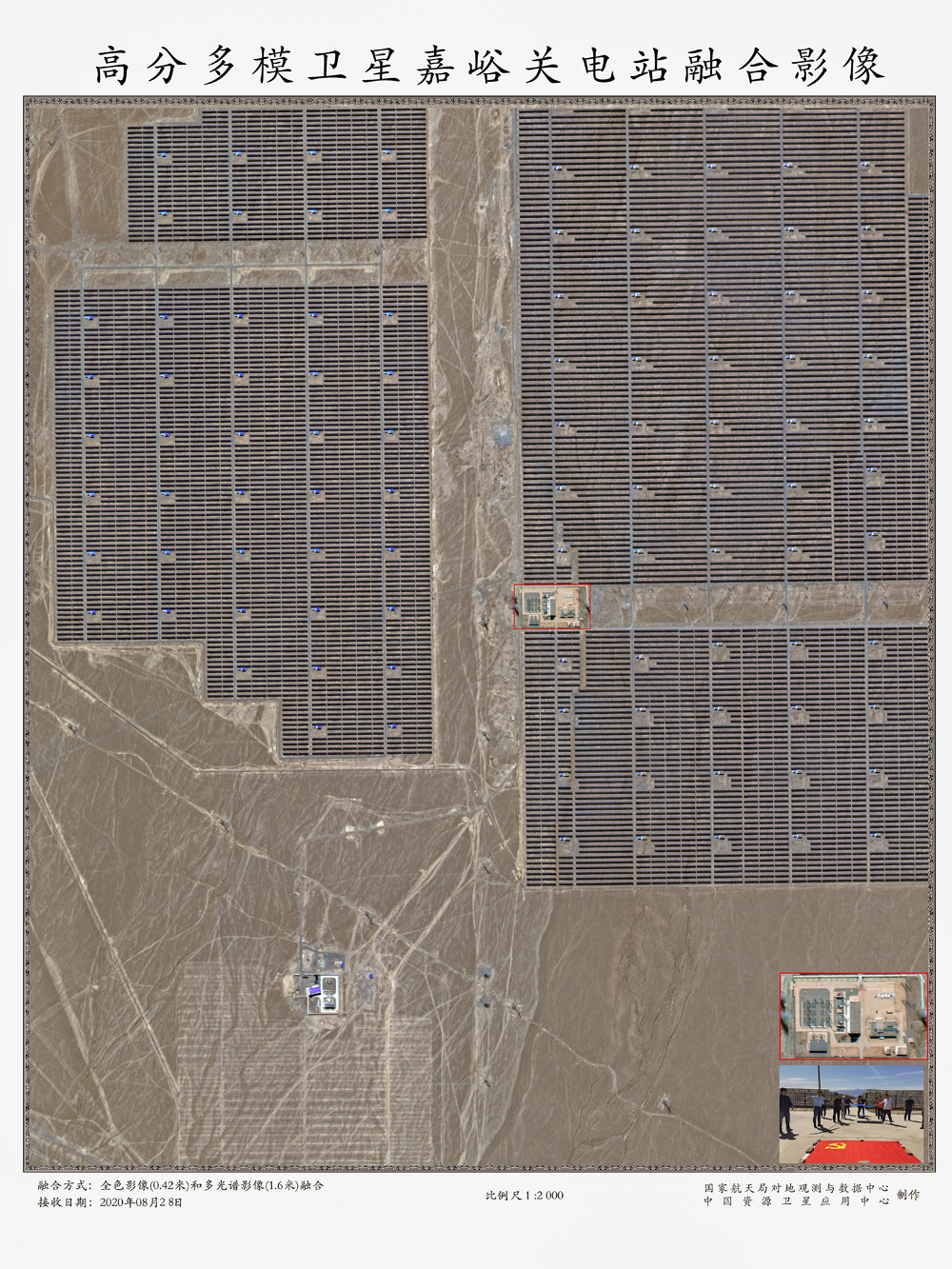 The people standing at Jiayuguan Hydropower Station can be clearly seen. /CNSA 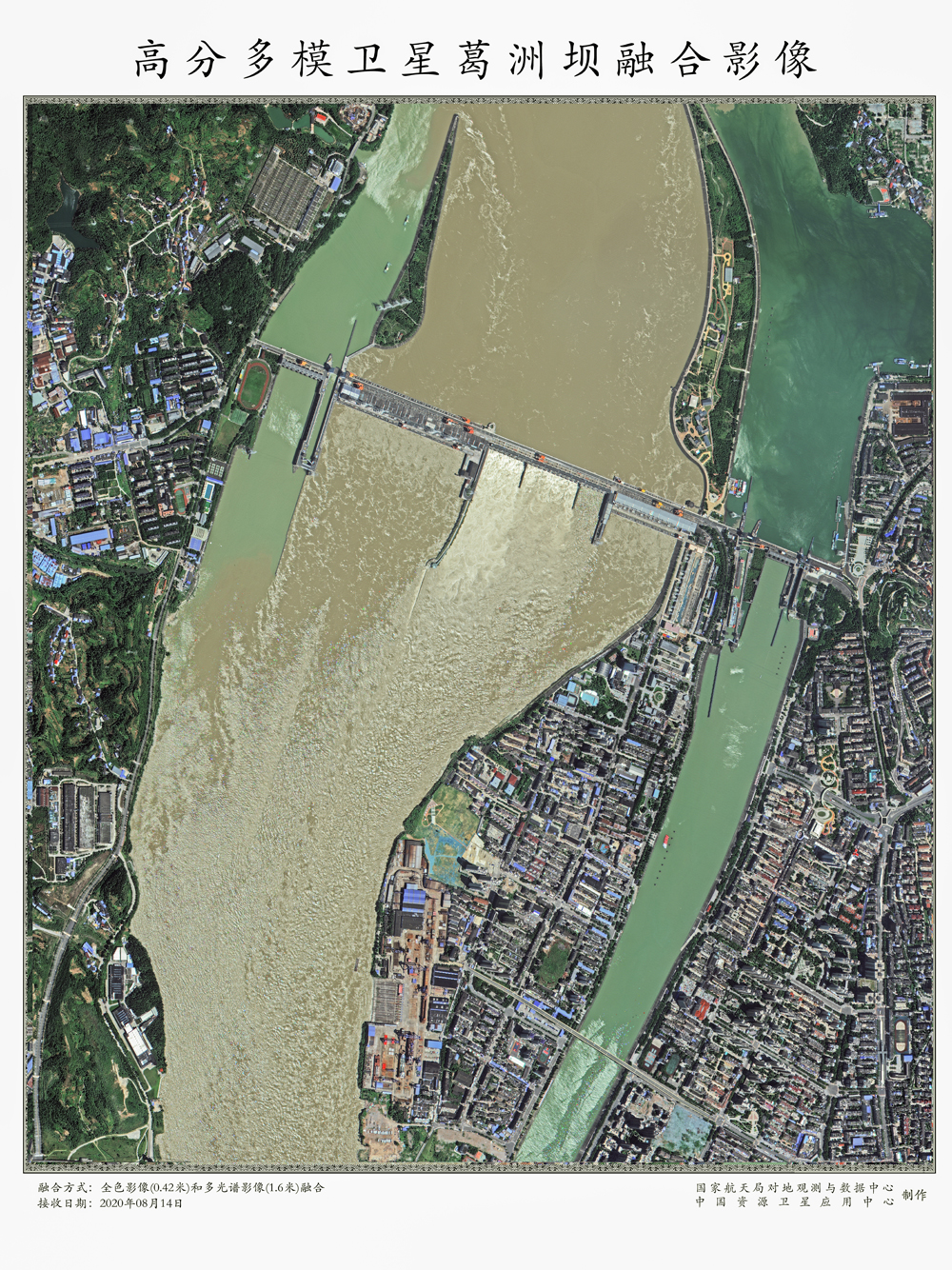 In Gezhou Dam, the flood discharge scene is clearly visible, and the water flow is turbulent, in sharp contrast to the calm water of the nearby ship lock. /CNSA

“In the last couple of years we’ve been wondering, ‘Is there a way to introduce social capital and development investments in this kind of high risk and high investment area, that can ensure the sustainability of this kind of project?’ So, we’re taking this approach, with high-resolution multimode satellites, to see if this mechanism can be economically sustainable in the future,” Yang Wentao, Chief Commander of Remote Sensing General Department of CASC, told CGTN. 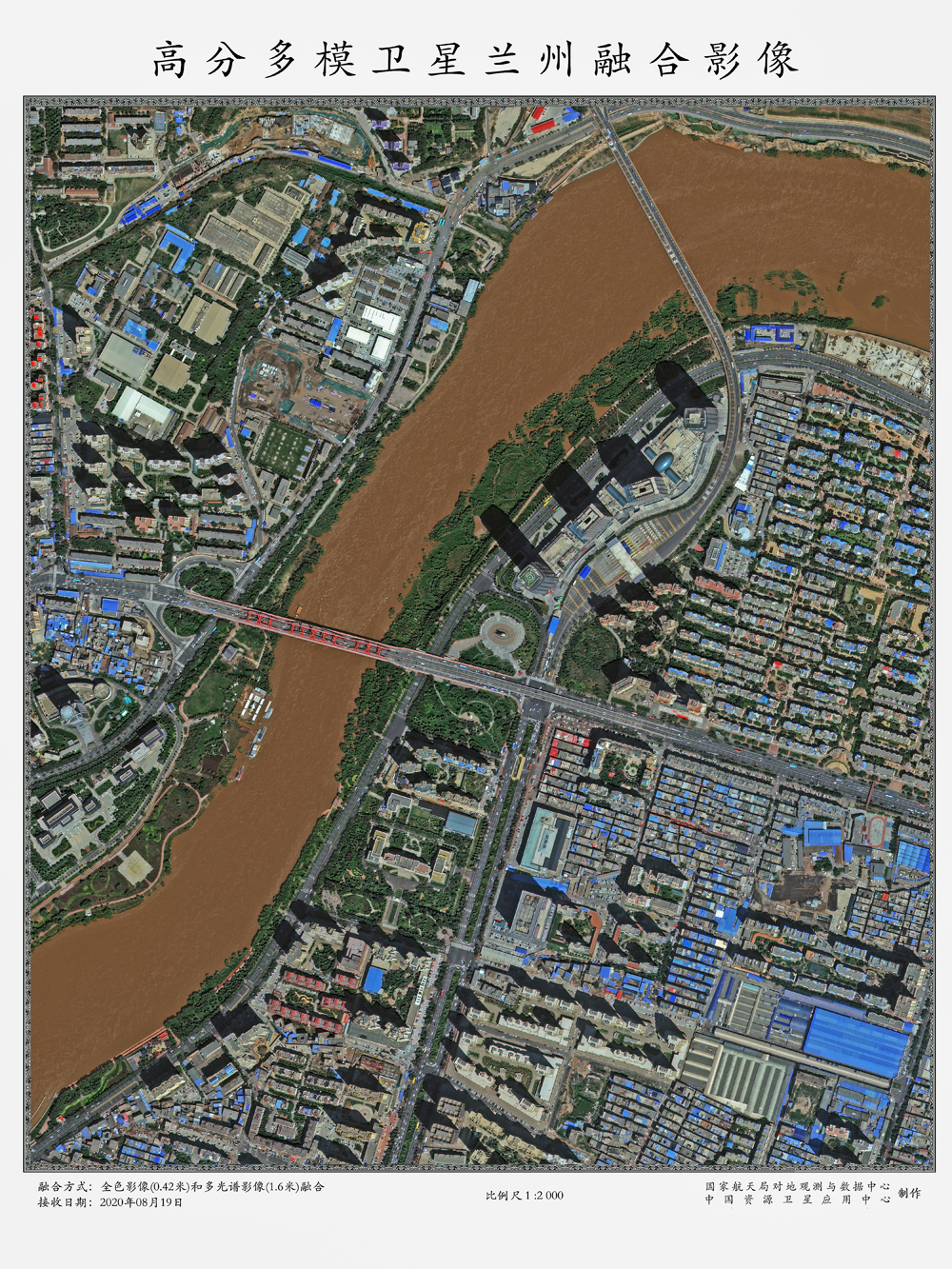 The images are currently the highest resolution photos taken by China’s civilian-scientific research satellites. When put into operation, experts say the multi-mode satellite will meet the urgent demand for high-precision remote sensing data in natural resources, as well as in the disaster and emergency response, agricultural, environmental and construction sectors.