Thousands of people assembled in the German capital to rally against anti-coronavirus restrictions, describing the measures as undemocratic and a threat to freedom.

Around 15,000 protesters took part in the event, dubbed ‘The end of the pandemic  – freedom day’, according to German media, citing a police estimate.

The crowd marched through downtown Berlin as they held up signs featuring slogans such as “We are being forced to wear a muzzle,” “Natural defense instead of vaccination,” and “We are making noise because you are stealing our freedom!” 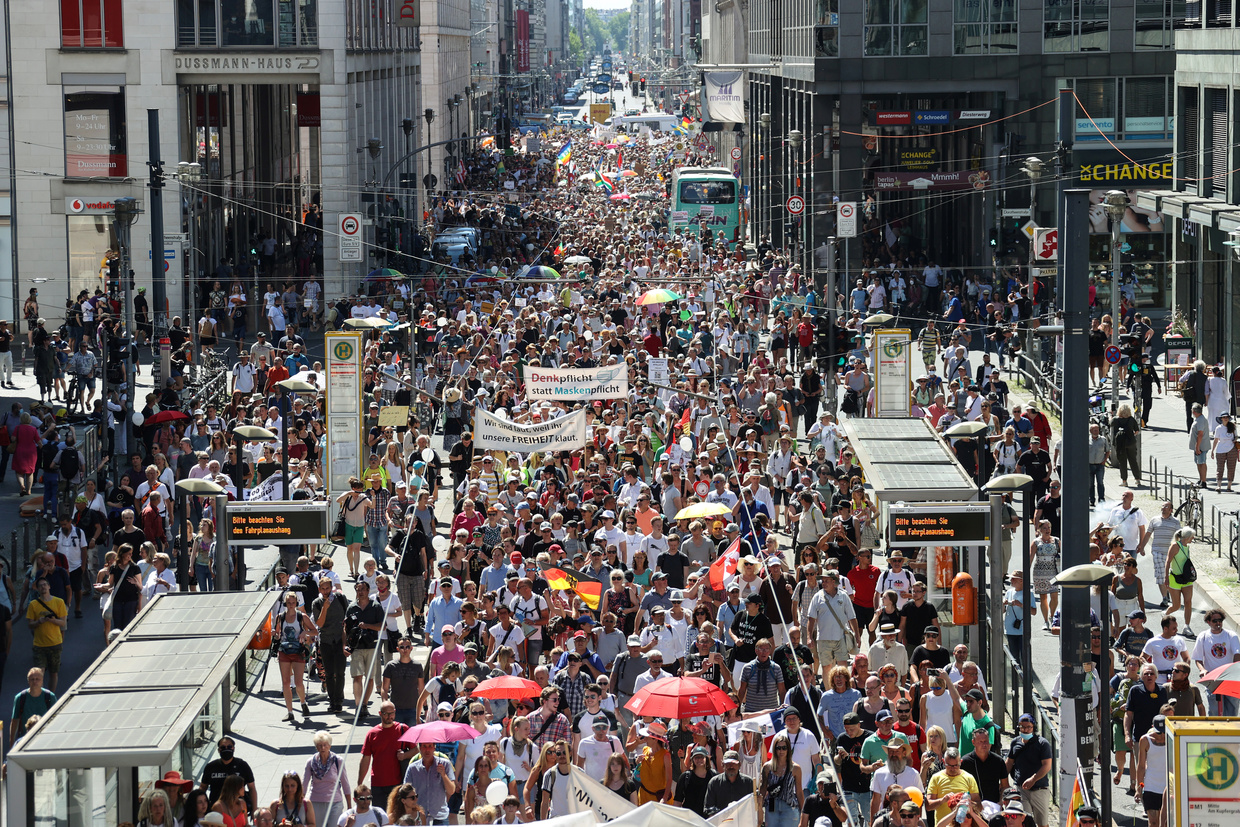 One demonstrator even carried a placard with a red cross modified to look like a swastika. 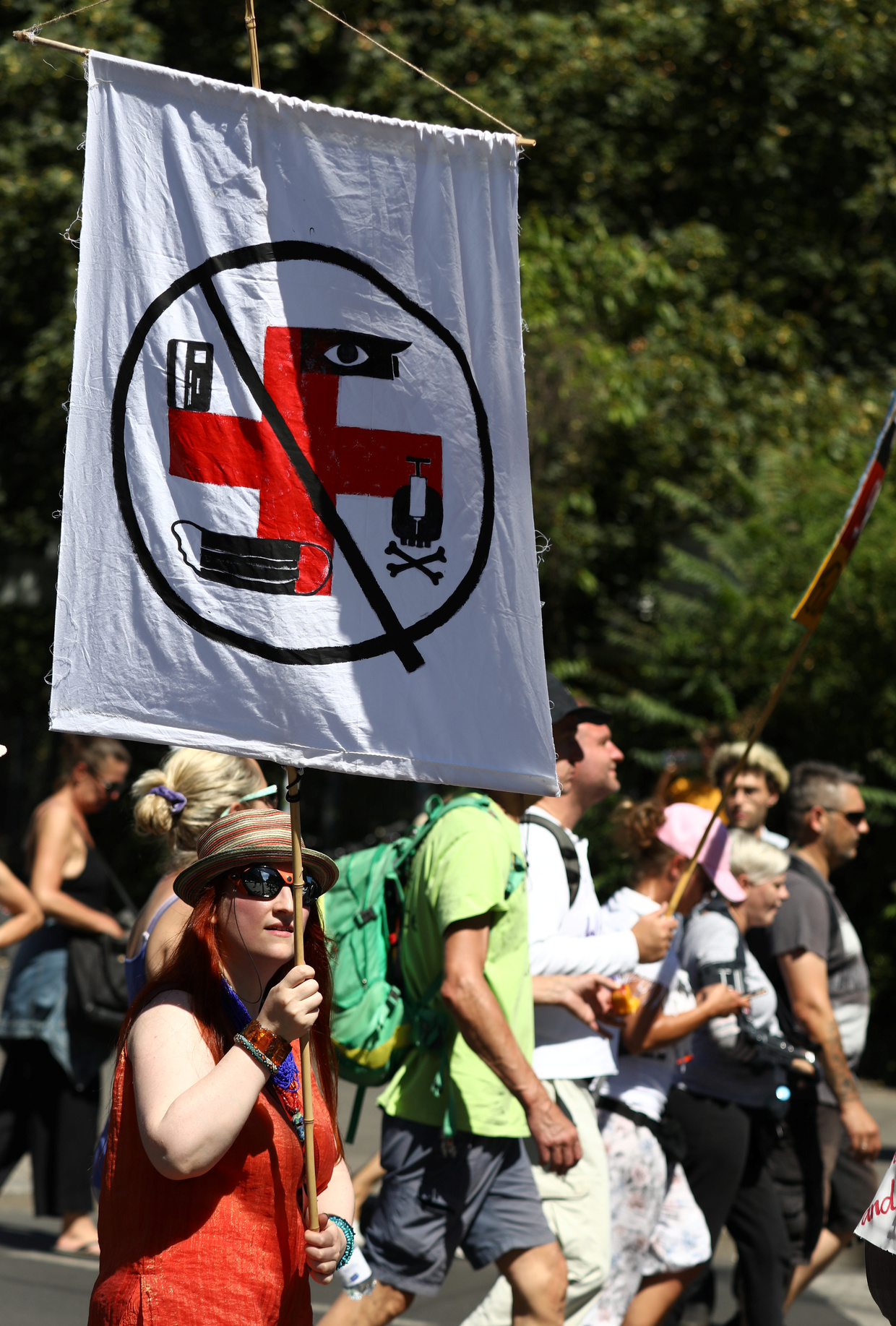 Photographs and videos show many of the demonstrators marching without masks. Police monitoring the event used bullhorns to urge attendees to wear face coverings and abide by social distancing guidelines.

Counter protesters are welcoming the “end of the pandemic” protestors with banners “stand up against the right”. Very apparent difference: one group is wearing (the mandatory) face masks, the other one isn’t. Both are shouting “nazis raus” (Nazis, get out). #b0108pic.twitter.com/Giixi8w32P— Leonie Hammerstein (@hammerstein_leo) August 1, 2020

The protest attracted a variety of activists, including right-wing elements spotted carrying Germany’s imperial flag. Several small counter-protests were also held in the city. Some of the mask-clad counter-protesters held signs accusing their political opponents of harboring fascist and anti-Semitic views. 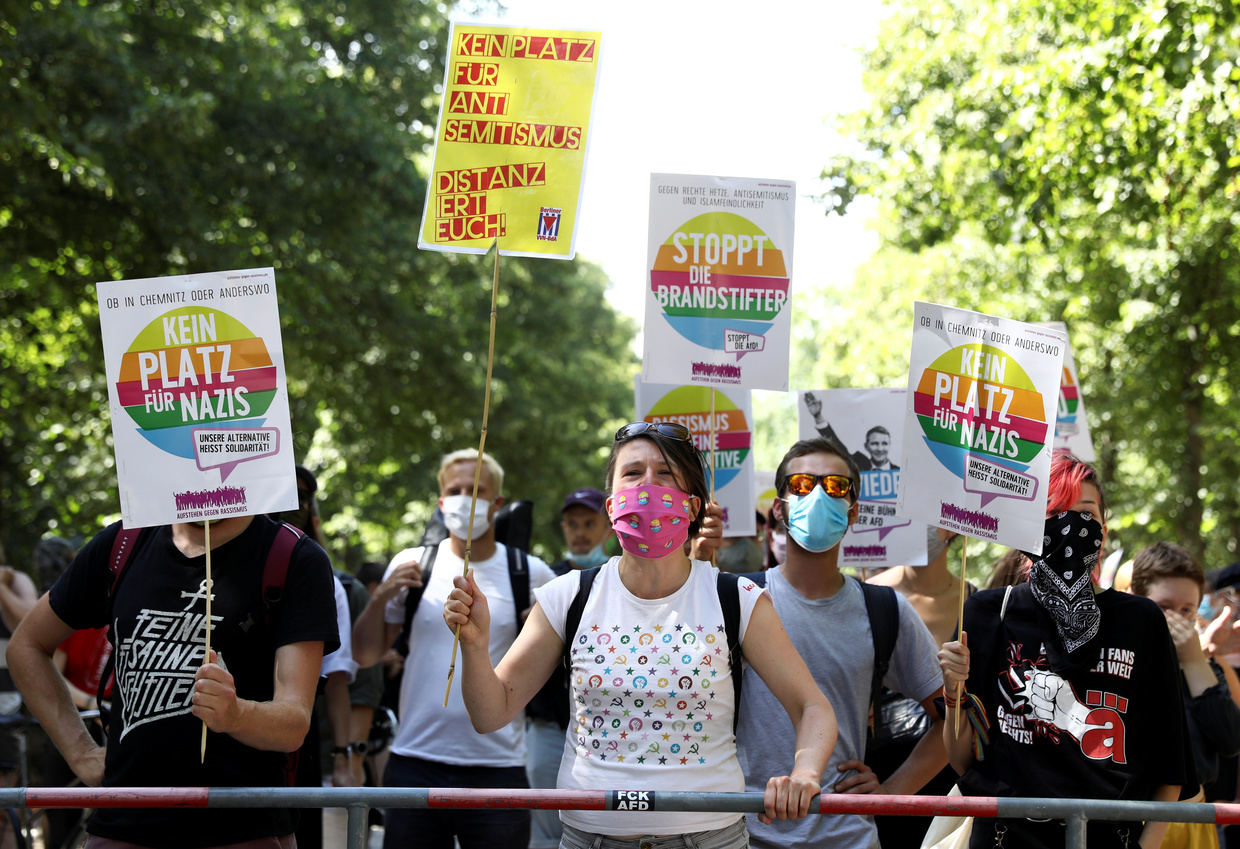 Germany has seen an increase in new coronavirus cases in recent weeks. Overall, though, the country has experienced a lower number of cases – especially regarding the death rate – than some other European countries. The country has eased its lockdown restrictions but still requires masks on public transport and in shops. Many other nations and US states have adopted similar guidelines, sparking fierce debate about the efficacy of such measures. For example, while the UK recently instituted mandatory mask rules, the Netherlands has advised against widespread mask use, claiming their effectiveness has not been proven.