PQC: I’ve had a good laugh reading this story! People are paying for their stupidity in multiple ways . Well, I did not hear they mentioned how they would bring back the manufacturing home and produce these things by themselves? Again, I think the author of “Small Is Beautiful”, E. F. Schumacher once wrote that when or “wherever there is a serious problem, there is something too big“! I bought and read his book 30 years ago. Since then I’ve been testing his “findings” or conviction if you like, every day in my life, I haven’t been able to prove his wrong.

It’s not globalization per se. It’s centralization, it’s concentration of bigness, it’s monopoly that is the problem. They, both lefts and rights, have twisted and politicalized (not just politicized) the naturally positive meaning of the word “globalization.” Globalization is a positive natural process of human interaction. Have you seen your people playing soccer in your country? Have you listened to different music from different countries? Not to mention musical instruments. Do you use and celebrate Gregorian calendar new year? Have you enjoyed different foods from different countries? Have you learnt something valuable from other people than your own? Have you read and enjoyed translated books from other languages?… I don’t think I have enough time and space for this kind of question. As always, I let You work it out yourself.

From clothes to condoms: Coronavirus is threatening global consumption in ways you never knew were possible

China’s status as the world’s manufacturing powerhouse means the coronavirus epidemic’s effects are being felt in some odd places. We’ve come to terms with no new iPhones, but weirder shortages could upend people’s daily lives.

Plummeting iPhone production and a lack of new cars rolling off the assembly line dominated early discussion of coronavirus-induced shortages. But the epidemic currently sweeping China and making determined inroads into over two dozen other countries has forced hundreds of factories to close, affecting dozens of industries. If nothing else, coronavirus has made the world realize that globalization has its downsides.

It’s not just the virus itself that’s causing shortages, of course – rumors about the virus can be equally as devastating. Hong Kong, which is heavily dependent on China for many staples, has seen store aisles stripped of necessities like toilet paper, rice, and pasta in recent weeks as panic-buying ramps up while some factories struggle to reopen. Mere rumors of a toilet paper shortage earlier this month were enough to send thousands of locals pouring into stores to denude the shelves, triggering a rebuke from the government to those people “with evil intentions” spreading falsehoods “leading to panic buying and even chaos.”

At the same time the virus disrupts its exports, China is having a difficult time getting meat into the country, its own pork supply decimated by a recent outbreak of African swine fever. The US, Europe, and Brazil are still shipping meat to China, but the refrigerated containers have to be handled carefully, plugged in as soon as they’re unloaded to keep the meat cold and moved out quickly to make way for other containers. 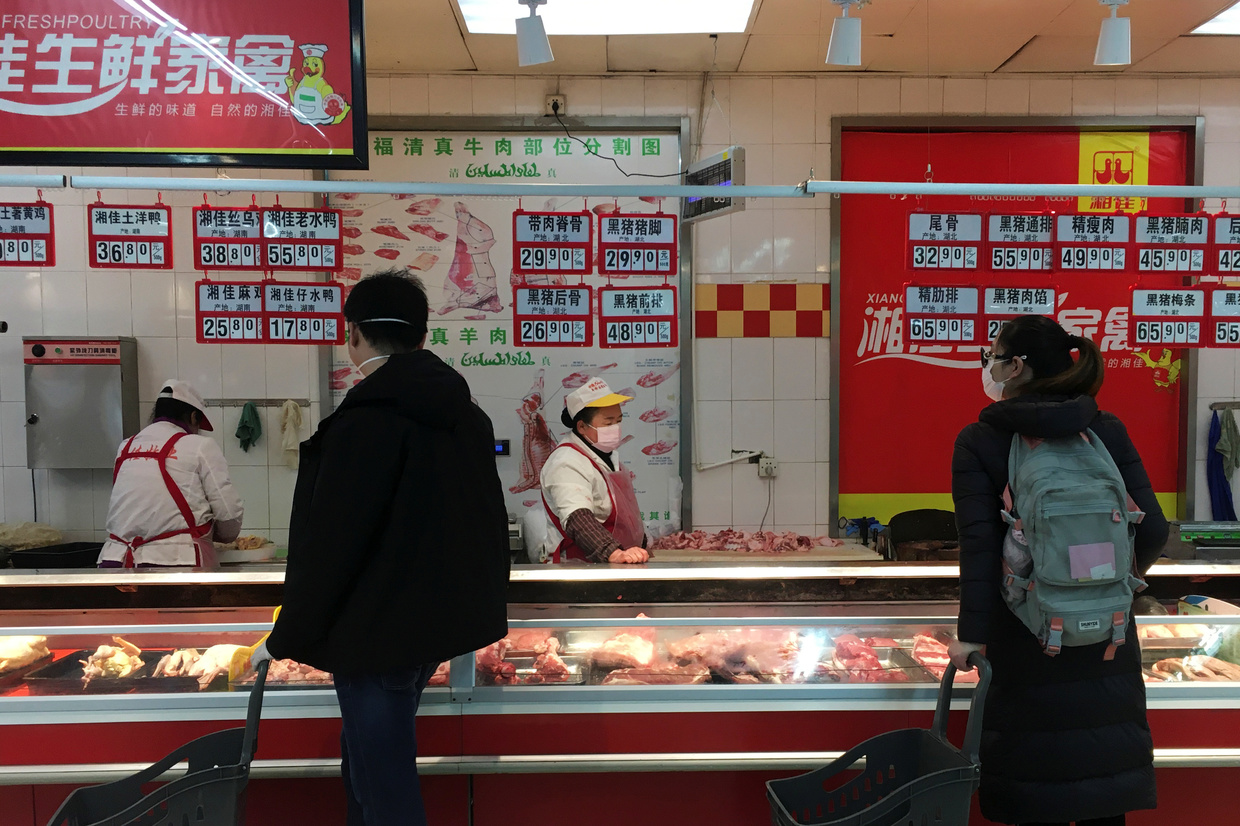 Customers are seen at the counter for pork and poultry inside a supermarket in Wuhan, the epicentre of the novel coronavirus outbreak © REUTERS/Stringer

Citywide quarantines have limited the supply of workers to move meat in Shanghai and Xingang, meaning much never makes it off the ship.

If anyone was hoping to break the monotony of quarantine with a little gym time, they’re out of luck unless they already have the duds. Athletic-wear behemoth UnderArmour revealed that coronavirus-related delays were causing shortages of fabric, packaging and raw materials, potentially reducing first-quarter revenues by up to $60 million.

They’re far from the only clothing brand hit hard by the outbreak – London-based designer Xuzhi Chen lamented that his clothes are manufactured in Shanghai, and he doesn’t know when production will be back online. He’s not alone in his plight – plenty of western brands have clothes made in China. 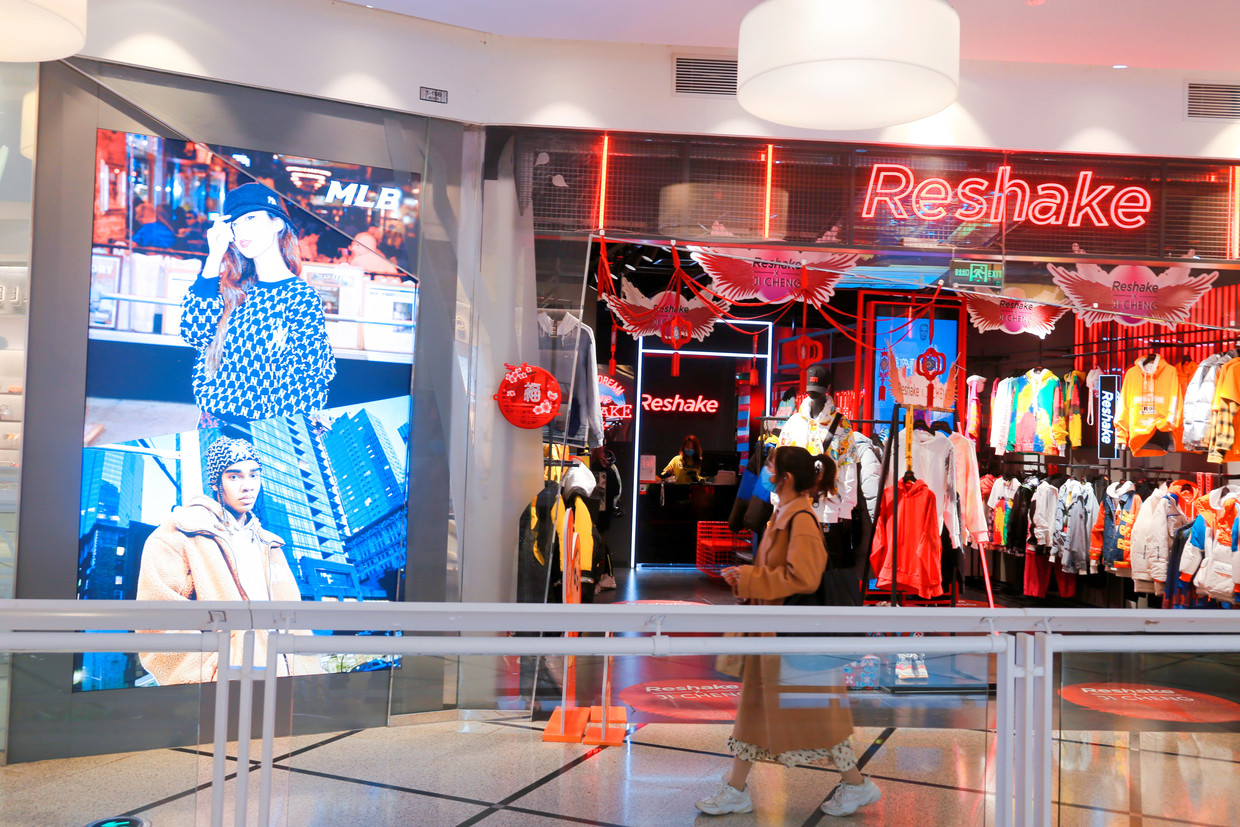 At the same time, Chinese buyers have stayed home from fashion shows in Milan and London, hitting even those Italian, and British brands that do their manufacturing at home hard.

Selling a niche product doesn’t guarantee safety from the ravages of virus-related factory closures, either. The owner of a chain of Russian sex shops revealed he was feeling the coronavirus squeeze in an interview with Gazeta, lamenting that many of the products he sells are either made in China or have major components sourced from China.

Condom shortages in Singapore and Hong Kong would at first seem to suggest that people are using their quarantine time to get hot and heavy, but photos circulating on social media indicate the prophylactics are flying off the shelves for other reasons – to cover for shortages of gloves and masks, to start. About a quarter of the world’s condoms are made in China.

Even sports stars have had to deal with coronavirus-induced shortages, a problem they might have expected their celebrity to insulate them from. Bauer Hockey, which makes custom hockey sticks for elite customers including many NHL players, saw its factory in Tongxiang City in Zhejiang province shut down last month and delay reopening twice.

The issue has apparently caused ripples in the league, leading to players being restricted to a “one-stick limit for practice and maybe two for games.” A player might typically go through several sticks in a single game, so while the shortage is very much a “first world problem,” it has caused much consternation in the hockey world. 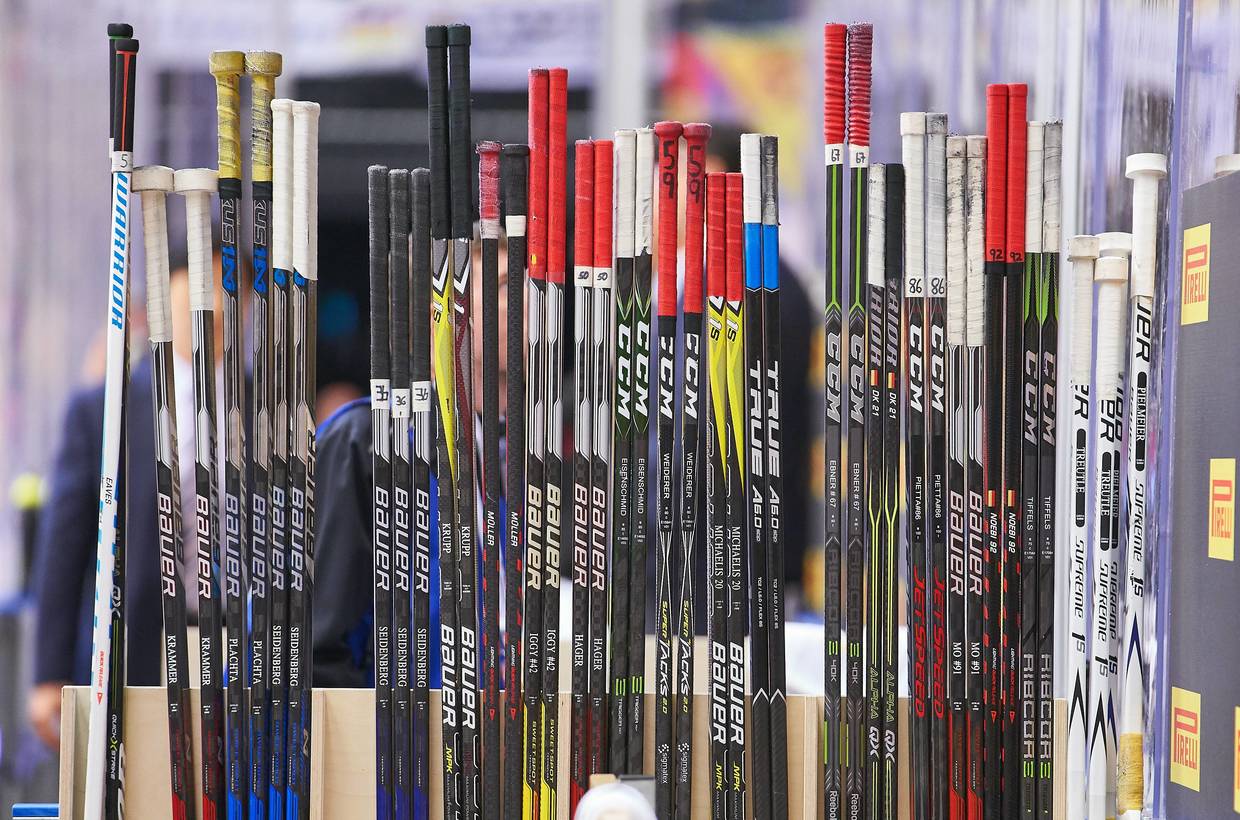 Coronavirus’ economic impact is likely to be felt far into the future. A handful of major trade shows have either been put on hold or canceled altogether, most notably the Mobile World Congress, the world’s largest smartphone trade show. Scheduled for later this month in Barcelona, the conference – which typically hosts 100,000 attendees – has been completely called off. Smaller events for brands like Swatch and Cisco have also gotten the axe. Even gatherings still on the calendar, like this week’s Singapore Airshow, will see attendance severely curtailed as over 70 exhibitors have pulled out. Multi-million-dollar deals that might have been sealed at these temples of commerce will fall by the wayside or be postponed until the return of a favorable business climate – and no one knows quite when that will be.

The virus has disrupted next week’s Berlin Film Festival, with over 50 Chinese delegates and several other international execs pulling out because they couldn’t get travel visas. The festival is supposed to include three Chinese features and one short, which presumably will be screened anyway – even if their directors are stuck home in quarantine. But with China an ever larger international market for films, the absence of the executives will be felt.

And the virus has caused behaviors to change even where it hasn’t reached epidemic levels. People are thinking twice before having unnecessary contact with others, and redefining what contact might be “necessary.” Our Lady’s Acomb Church in York has pressed pause on its Communion ritual, which involves drinking wine out of a communal chalice, “until further notice” – lest an infected parishioner sicken others.

Such symbolic attempts to stave off an uncertain, invisible threat exemplify the global response to an epidemic that is still not well understood: a combination of panic and prayer.