PQC: A scorpion is a scorpion! It’s its nature to envenomate . Why don’t people accept that? Ecuador, China, USA, Spain, UK, Germany  etc They are all  under statist system each with all their psychopaths (a.k.a politicians) with the same nature. What would you expect from them? Honesty? Honor? Decency? Integrity? Loyalty? Truthfulness? Compassion? Courage? For fuck sake, If you do,  YOU ARE THE PROBLEM! 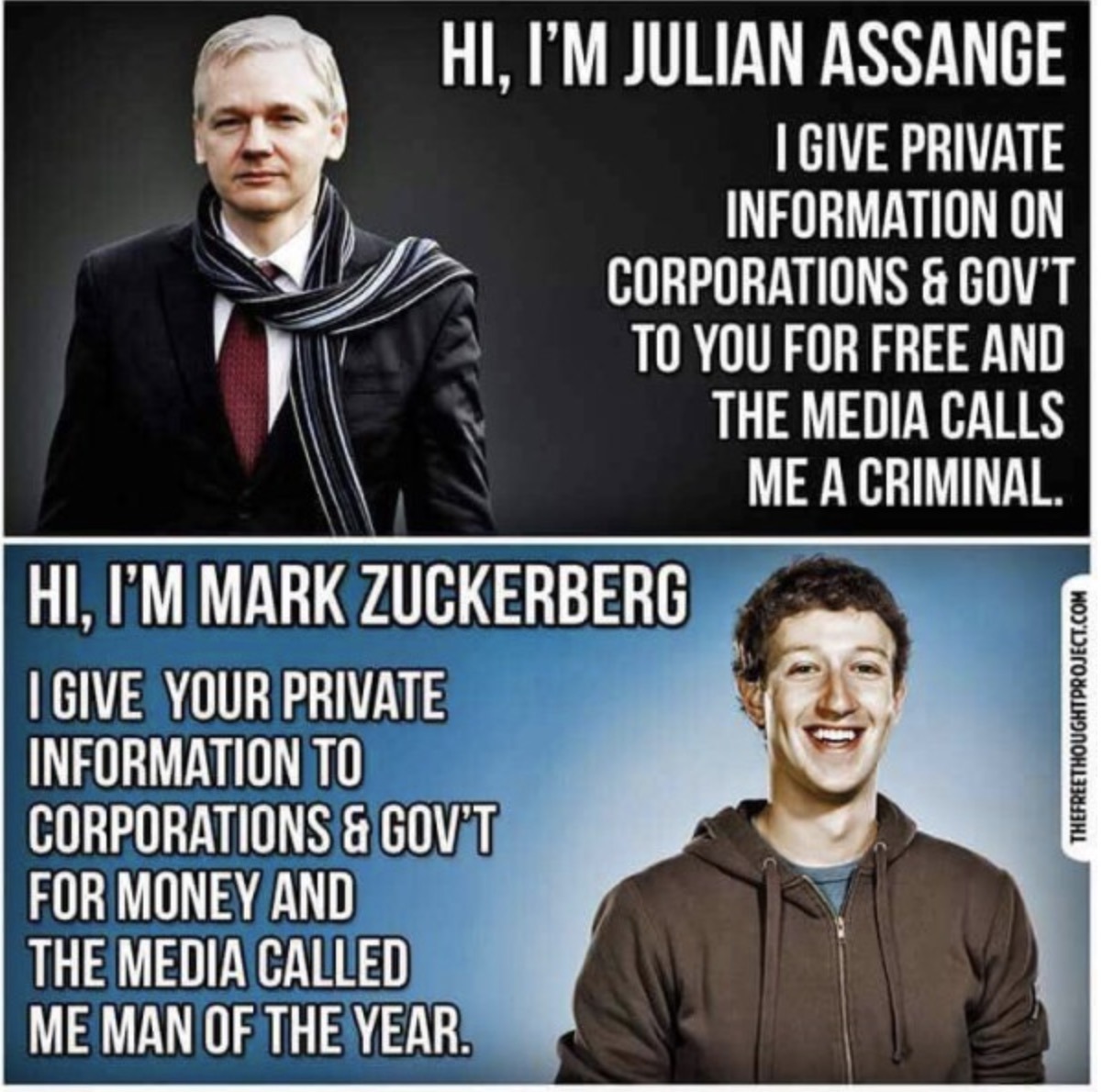 Let’s get right to it. Earlier today, Julian Assange had his internet access severed.

Here’s a translation of the statement from the government of Ecuador, in whose embassy he’s been trapped since 2012:

The Government of Ecuador suspended the systems that allow Julian Assange to communicate with the outside world from the Ecuadorian embassy in London, where the citizen remains in an international protection situation for six years due to the risk to his life and integrity.

The measure was adopted in the face of Assange’s failure to comply with the written commitment it assumed with the Government at the end of 2017, for which it was obliged not to issue messages that implied interference with other States.

The Government of Ecuador warns that the behavior of Assange, with its messages through social networks, puts at risk the good relations that the country maintains with the United Kingdom, with the rest of the States of the European Union and other nations. Therefore, to prevent potential damage, the embassy in London interrupted this March 27 communications abroad to which Assange has access.

The Executive also keeps open the way to the adoption of new measures in the face of breach of commitment by Assange.

The excuse for this egregious act against Assange is his social media activity “puts at risk the good relations that the country maintains with the United Kingdom, with the rest of the States of the European Union and other nations.” Naturally, we must ask what Assange has been tweeting about lately that prompted some bigger country, or countries, to force Ecuador’s hand. The answer is Catalonia.

I’ve been following Assange’s tweets closely following the revelation that German police seized Catalonia’s elected President Carles Puigdemont on behalf of Spain. Assange provided some much needed context and commentary about the disturbing incident over Twitter in recent days. Here are a few examples that likely ruffled the feathers of various EU governments.

European Arrest Warrant (EAW) abuse is one of the key intellectual reasons why the UK voted to leave the EU. If others control the use of force in your territory, it isn’t your territory.

The European Arrest Warrant (EAW) is built around the insane notion that no EU member state will ever “go bad” and send an extradition request for a political purpose and hence there is no political exemption and no evidence is needed to extradite. Pure ideology.

Former Spanish intelligence (CNI) officer: “the CNI is quite comfortable working abroad because it has fewer obstacles than in Spain.” #Puigdemont https://t.co/lTpRwMPTEN

The tweets above were quite informative, especially to someone like me who’s a U.S. citizen and had no understanding of the European Arrest Warrant (EAW) and its obvious potential for abuse. Clearly, the government of Spain (and possibly Germany & the UK) put an enormous amount of pressure on Ecuador behind the scenes since they don’t like it when people with large platforms challenge their silly, authoritarian narratives.

The fact these governments are so terrified of a guy holed up in an embassy tweeting his political opinions tells you how weak and insecure these governments really are. The first word that popped into my mind when I heard the news wasn’t outrageous, although it is outrageous. The very first word that came to mind was pathetic. The Spanish state is acting like a petty two-bit dictator that can’t handle some Twitter criticism. Embarrassing. Pathetic. Deranged.

Strong and confident nation-states don’t react like this, insecure and weak ones do. Which brings me to the next point. This ridiculous episode furthers my confidence that the massive centralized nation-states that dominate the world today will collapse and be restructured. It no longer makes sense to organize human affairs in such a centralized manner, particularly in our age of technological interconnectivity and instant access to information.

When individuals or nation-states gain too much power they always end up acting like abusive thugs. Humanity must shift away from monstrously centralized governance structures and restore sovereignty to a more local level. The pendulum has swung way too far in the authoritarian direction, and the results are clear. A loss of freedom, rampant corruption and zero accountability for “elites.” Julian Assange is simply the canary in the coal-mine for the rest of us.

Meanwhile, what else in going on in the world? Well there’s this… 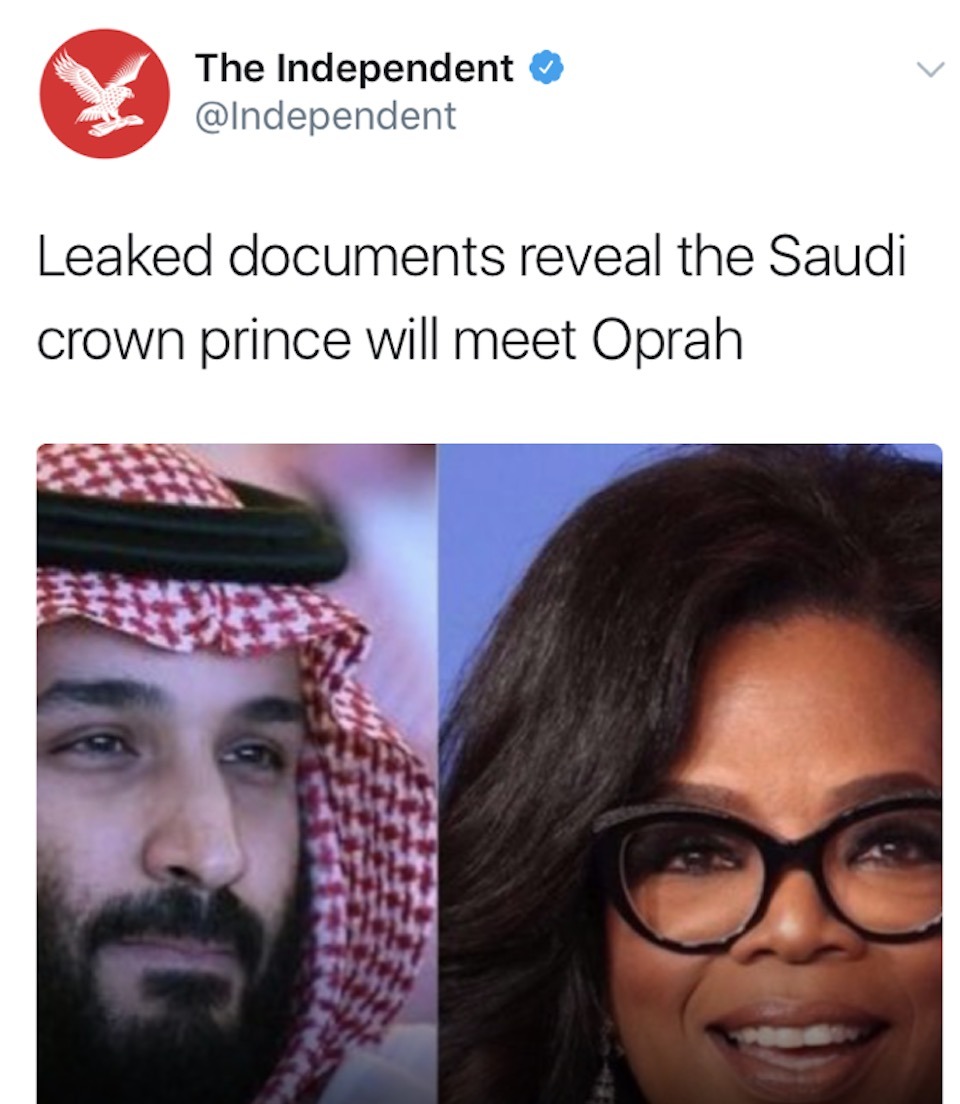 Oprah to meet Saudi tyrant as Assange gets internet access cut.
Pretty much sums things up.

If you liked this article and enjoy my work, consider becoming a monthly Patron, or visit our Support Page to show your appreciation for independent content creators.