Many older, wealthy people are losing out, while younger risk takers are getting rich
By Valentin Schmid 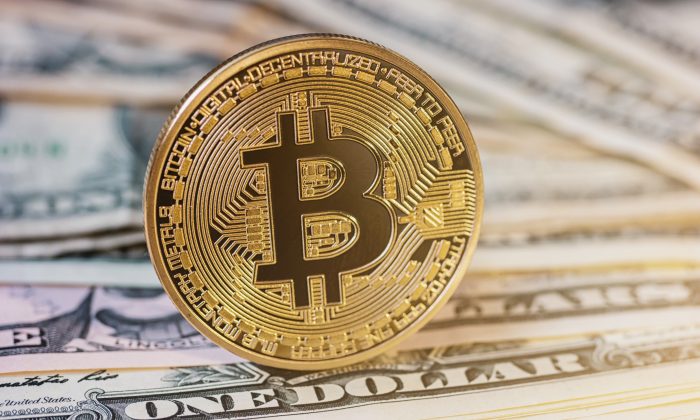 Bitcoin’s meteoric rise is redistributing massive wealth without the use of force. (Shutterstock)
ShareTweetShareEmail

Normally, the concept of wealth redistribution involves government using force to take from some people and give to others. But the bitcoin revolution is redistributing wealth differently.

For the sake of simplicity, and to avoid confusion, we will talk about only the original bitcoin in this article and avoid the likes of cryptocurrency products such as ethereum and initial coin offerings, as well as recent duplicates of the original protocol.

On the one hand, at a price of $15,500 and a market capitalization of $277 billion at the time of writing, bitcoin has made many people rich. Most of the early bitcoin adopters who made the real money are young and entrepreneurial, and they have been put at a disadvantage by the status quo of the current financial system of fiat and bank money.

On the other hand, we have the representatives of the old money system, the Jamie Dimons and Joseph Stiglitzs of the world, who have made a fortune using the old system (Dimon) or gained prestige and recognition talking and writing about it (Stiglitz). At this moment, they are losing out. The value of their assets is getting crushed in bitcoin terms, and more people are becoming interested in the 8-year-old cryptocurrency.

People holding bitcoin become richer not only relative to U.S. dollars, or euros, or yen, but also relative to the stock market and gold.

The price of one share of JPMorgan stock was worth 0.084 bitcoin on Jan. 3, the first trading day of the year. On Dec. 1, it’s worth only 0.0096, a decline of 89 percent. We can calculate similar numbers for the S&P 500, the 10-year Treasury, and even bitcoin’s competitor for sound money, good old gold.

Bitcoin is often compared with penny stocks, but only the best can compete with bitcoin’s 1,500 percent price rise this year and with a valuation of $277 billion, bitcoin is pushing into the sphere of the heavyweights of finance. But that’s still a far cry from the $8 trillion valuation of global gold, the $20.5 trillion U.S. government debt market, or the $80 trillion of global stocks.

It’s not that the $15,500 you spend to buy one bitcoin now is sucked up by the bitcoin blockchain and disappears out of existence. It is transferred to the person who sold you the bitcoin, and he or she can spend it on other assets or goods and services.

If the price of bitcoin keeps going higher, the relative value of it and other assets will change, similar to the example of JPMorgan stock, which became almost 90 percent cheaper in bitcoin terms this year.

Not only will the dollars in your pocket become worth less in the process (down 92 percent in bitcoin terms this year), but also any other asset that doesn’t keep pace with the rise of bitcoin will drop. People holding bitcoin become richer not only relative to U.S. dollars, or euros, or yen, but also relative to the stock market and gold.

And all this happens without a single government rule or regulation. However, there are other mechanisms preventing people from getting into bitcoin and participating in the upside, although none of them includes the use of force.

The first such barrier is how well you understand bitcoin.

In order to “buy into” bitcoin, you have to believe in the story. Bitcoin’s main value proposition is that it is digital sound money that is not centrally controlled by a government or private party, is censorship-resistant, and is outside of the banking system.

However, though the corruption of the hybrid system of fiat government money and private bank money has been thoroughly exposed, many people still do not perceive the status quo to be a problem, nor do they see the record risks baked into the booming stock market.

It takes another college course’s worth of research to understand the technology behind bitcoin and why, despite its risks, it could provide a new monetary solution and system for the digital age and digital economy.

So for them, bitcoin doesn’t solve a problem, and therefore they won’t have a reason to expose themselves to the gut-wrenching volatility as well as the technological risk still inherent to the system.

A similar argument applies to the status-quo elite, who have greatly benefited from the corrupt system and see bitcoin as a risk to that system. This group includes almost all government officials—especially central bankers—and politicians, as well as the private banking elite. They are incentivized to defend the old system at all costs, but would be smart to hedge their exposure. Some may be doing so in secret.

So these are the first intellectual hurdles to overcome: understanding that our current money system is severely flawed, and that to prosper and make progress, humanity needs an alternative.

To fully understand this, many people spend a few years researching history and economics away from mainstream educational propaganda.

Then, there is a second trap. As most of the history of sound money is rightly focused on gold and the gold standard period of the late 1900s, some people who understand the problems of the monetary system are too beholden to their golden beliefs to wrap their heads around bitcoin.

This group of people believes—and they may well be right—that gold will reset the debt-based financial system, as it has always done in history. They are also not participating in the bitcoin upside.

It takes another college course’s worth of research to understand the technology behind bitcoin and why, despite its risks, it could provide a new monetary solution and system for the digital age and digital economy.

It then requires a more nuanced and probability-based investment approach to see that while bitcoin is far riskier than gold and has some disadvantages compared to the yellow metal, it also provides far higher upside. The gold market is relatively expensive, at $8 trillion, while bitcoin is relatively cheap, at $277 billion. Bitcoin also has some striking advantages over gold, which warrant a rise in price.

Once you understand the value proposition and are ready to buy in, you need to jump through some hoops to register with an exchange and safely store your bitcoin, which is another hurdle many people who do not fully understand bitcoin cannot clear.

So, by and large, and of course with the usual exceptions and caveats, the old guard of both the political and financial systems and the old guard of sound-money people are not participating in the upside of bitcoin.

This is not because they don’t have any money to invest or because the government prohibits them from doing so. It is their own intellectual inflexibility, lack of curiosity, and risk-aversion that bars them from entry.

As bitcoin becomes ever more secure and ever more mainstream, more people from these groups will hop on the gravy train, but they will be able to afford fewer bitcoin with their assets than they would have now or five years ago.

As these people bid up the price to the stratosphere, the early movers will be richly rewarded and their purchasing power will increase relative to goods and services—and relative to the very assets the old guard now owns that were previously out of reach.

So who are the people who are gaining on the status quo with their crazy cyberpunk cryptocurrency?

They are the pioneers and innovators who built the bitcoin ecosystem and keep working tirelessly to make it more secure and ever more consumer friendly.

It is the former finance professional who learned about sound money on YouTube and spent months educating himself on how bitcoin works.

It is the software developer who first looked at the bitcoin protocol out of technological interest and then learned everything about money and monetary history.

It is the sophisticated investor who understands that a zero interest policy boosts his stock holdings in the short term but exposes them to massive downside when rates start rising again. He knows that diversifying his portfolio with assets outside of the banking system actually increases his risk-adjusted return. He does not think he needs to make an either-or choice between bitcoin and gold.

It is the prudent saver who understands that spending less on frivolous consumption is worth it when he can save in a currency with a sound monetary policy.

Of course, every technology and every sector in finance has its bad apples, scammers, and speculators who have no idea about the underlying value proposition. Bitcoin does, too, but they don’t seem to go beyond the scope and proportion we have seen in banking and government.

In spite of this usual caveat, bitcoin favors risk takers, innovators, savers, and people who are curious and persistent enough to learn new technology as well as history. It favors the little people who are willing to take some risks, over the old elite fighting to maintain their privilege. By rewarding these positive qualities, the voluntary bitcoin wealth redistribution creates a positive incentive cycle, much different than the old model based on bureaucratic force.

Views expressed in this article are the opinions of the author and do not necessarily reflect the views of The Epoch Times.