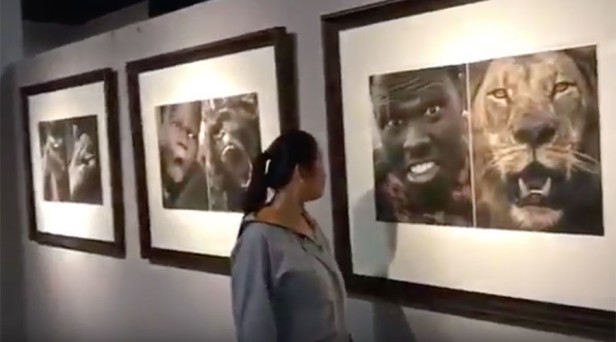 As I have said many times that when it comes to racism, Asians are the worst! The ugliest!

This is  Chinese, the imagined unique Han “race” viewing the world and other “races”. The Japanese, the Vietnamese, the Koreans… they are all racist. Ironically and absurdly enough, even the “brown” Hindu Indians, the Pakistanis, the Nepalis… They all  hate the “blacks”!

Speaking from my own FIRST HAND experiences. This kind of stupidity and absurdity will not stop here. When someone by whatever mean make more money, become “rich” or just affluent enough, they start to think and believe that they are “special”, “smart”, and “better” than have-less people! Some of them even imaginingly and wishfully transformed into  “a person who knows all” just because they’ve now made more money, lived in more affluent life than others! They would believe that they have joined the “upper club” and defend the current-system that, they think, benefits them at all cost with all heart and mind. There are some very rare exceptions, at least to my knowledge.

In one word,  THEY are even “racist” to their own “race”, who are just less fortunate then they are in material term!

I can tell you that my own family members,  relatives, friends, and acquaintances,  THEY ALL BECAME  a sort of racist right-winger once they made more money. There is no difference in this aspect between those who are now living in the West or still living in Asia (China, Japan, Korea, Vietnam) Paradoxically, most of these “people” frequently go to churches, pagodas, temples… I don’t know what the fuck they have prayed there!

All I can say now is this kind of mindset is so sick!

Any “Asian” readers out there? Please!