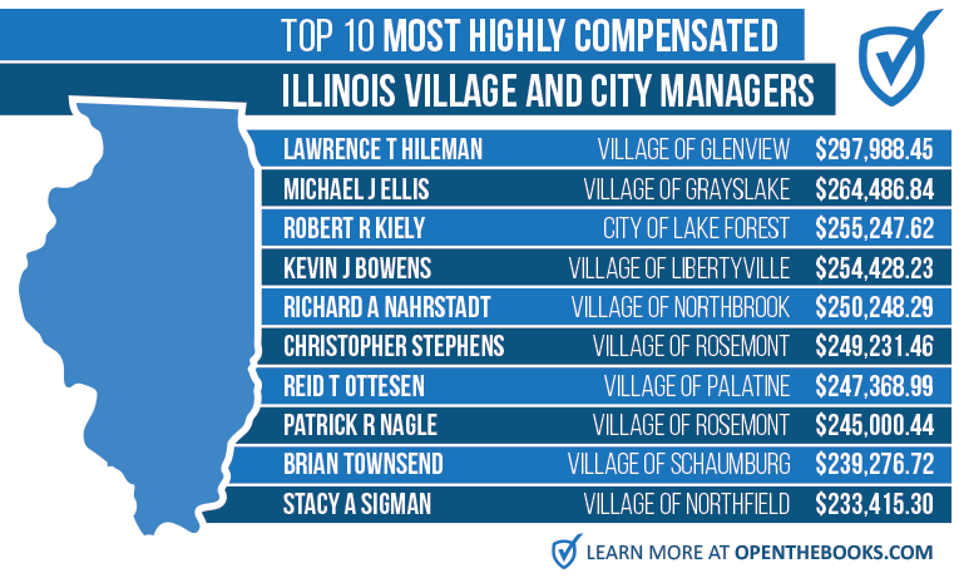 The ‘Big Dogs’ of local government in Illinois.

Whenever we open the books, Illinois is consistently one of the worst offenders. Recently, we found auto pound supervisors in Chicago making $144,453; nurses at state corrections earning up to $254,781; junior college presidents making $465,420; university doctors earning $1.6 million; and 84 small-town “managers” out-earning every U.S. governor.

Using our interactive mapping tool, quickly review (by ZIP code) the 63,000 Illinois public employees who earn more than $100,000 and cost taxpayers $10 billion. Just click a pin and scroll down to see the results rendered in the chart beneath the map.

Here are a few examples of what you’ll uncover:

In total, there is roughly $12 billion in cash compensation flowing to six-figure government workers when counting the 9,031 federal employees based in Illinois.

So, who are the biggest culprits in conferring six-figure salaries? We ranked the top 15 largest public pay and pension systems in Illinois: 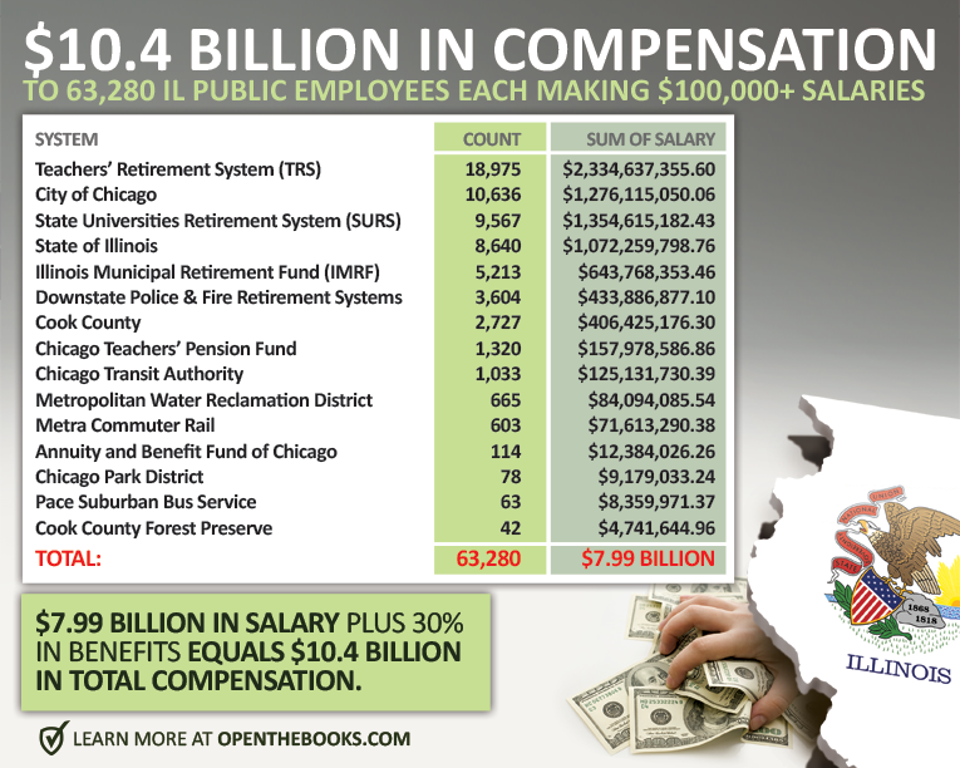 Rahm Emanuel’s Chicago now pays out more six-figure incomes than the state government. We found city truck drivers, tree trimmers, and street light repair workers earned six-figures. But, really, the problem is the overtime. Last year, the city paid out $283 million in overtime to 1,000 employees who pocketed more than $40,000 apiece. 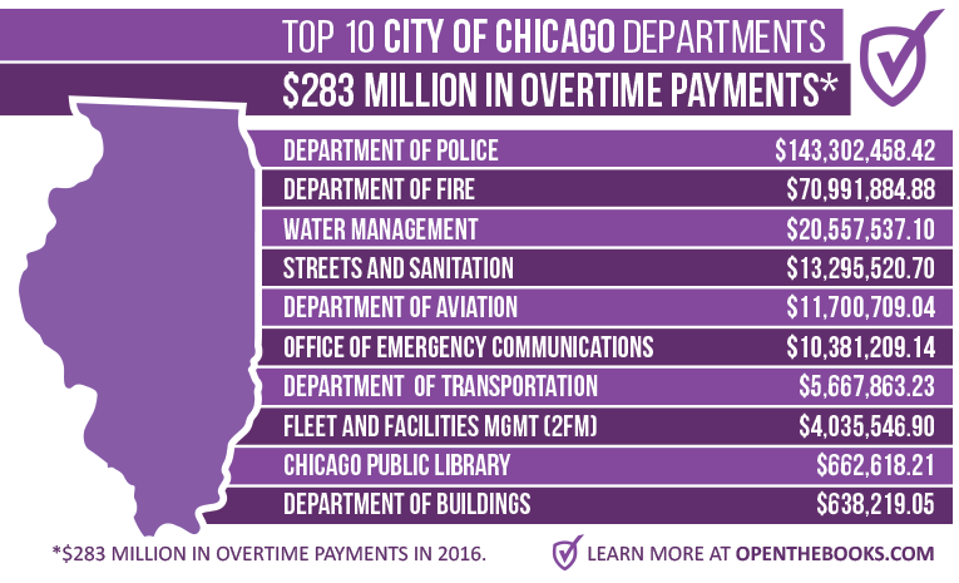 Some of Illinois’ K-12 schools are spiking salaries and padding pensions. Data reveals nearly 30,000 teachers and administrators earned $100,000+ incomes. However, just 20,295 of those educators are currently employed; the other 9,305 are retired, resting on six-figure pensions.

All kinds of entities are jumping on the gravy train. Private associations, nonprofit organizations and former lawmakers have gamed the system for personal gain. All of this is legal, although it shouldn’t be:

Illinois, like many states, is in serious trouble. Policymakers are exploring desperate measures. Two weeks ago, ten Republicans voted with Democrats to override Governor Bruce Rauner’s veto of a permanent 32-percent income tax hike. Without reforms the tax hike will only feed a culture of waste and abuse.

Rauner was right to veto the income tax hike but he hasn’t shown serious resolve to curtail spending. In fact, he created a personal assistant position for his wife – who has no official state duties – for $100,000 a year at taxpayer expense.

Adam Andrzejewski (say: Angie-eff-ski) is the Founder and CEO of OpenTheBooks.com – a national transparency organization with a database of 4 billion federal, state and local expenditures.

When referencing this piece, please use the following citation: ‘Adam Andrzejewski, CEO of OpenTheBooks.com, as published at Forbes.’