Getting a round in, dashing through the self-checkout, tapping in on public transport: in the past few years contactless card payments have become a part of daily life. More than 260 million contactless transactions were made in the UK in August, almost 200 per cent more than in the same month last year. If the UK carries on at this rate, homeless people will have to rethink their requests for spare change. Grandparents everywhere will be writing IOUs for pocket money. The tooth fairy will go out of business. Maybe these are necessary sacrifices as everything moves online, where it can be traced and logged for posterity. Or maybe we should fight to keep our pockets jangling. It pays to decide how you feel on the subject, because in Sweden, the government is investing in plans for a digital currency that could mean hard money’s days are numbered everywhere.

“The declining use of cash in Sweden means that this is more of a burning issue for us than for most other central banks,” said Cecilia Skingsley, deputy governor of the Riksbank, Sweden’s central bank. The amount of notes and coins in circulation in Sweden has fallen by 40 per cent since 2009, driven in part by the decision to eliminate the country’s largest denomination bill. Rather than complaining, Swedes started using less of the second largest bill, the 500-krona note. Now, by some estimates, only a fifth of Swedish retail transactions are conducted in cash. Buses, trains, bars and restaurants all refuse it. Many of the country’s bank branches don’t allow withdrawals or deposits of the hard stuff.

Even in Sweden, scrapping cash is not quite as easy as it sounds. The Riksbank is clear that any digital currency would be introduced alongside cash at first. “Although it may appear simple at first glance to issue e-krona, this is something entirely new for a central bank and there is no precedent to follow,“ said Skingsley.

So it would be even harder to introduce a digital currency in the UK, where last year 2.2 million people relied almost exclusively on cash for everyday transactions. The Bank of England just strengthened its commitment to physical currency with the introduction of the first polymer banknote, the five pound note featuring Winston Churchill. But it has also started a long-term research project into the possibility of a digital pound.

“The really big questions arise… where [central bank digital currency] is available to everybody, allowing businesses and households to hold balances in central bank money and to pay each other in real time with full and final settlement, in an electronic format,” Victoria Cleland, chief cashier of the Bank of England, said in a speech in September. One of the biggest questions facing the bank is how to make sure digital payments are backed up by real money if the banknote is eliminated.

Gadgets and tech news in pictures

Then there’s the question of what type of technology would be used to issue the currency and how it could be made secure. The Bank of England is interested in distributed ledger technology like Blockchain, in which a set of currency data is synchronised and spread across multiple sites or institutions, allowing everyone in the network to have their own identical copy. It has already researched the practical application of Blockchain and is looking for new opportunities to work with companies on developing the technology. 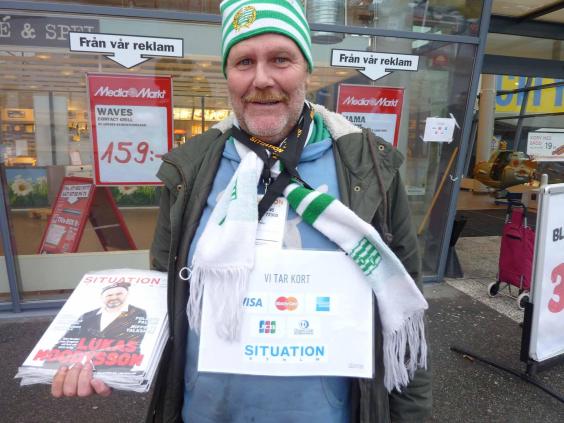 Even if the Bank of England finds a solution, it might face backlash from the public. Anyone who remembers the public outcry that followed the central bank decision to stop dealing in cheques – and subsequent U-turn – a few years ago will know that the British can be stubborn. Many Britons like the anonymity that comes with cash, not because they are tax dodgers or cheats, but simply because it allows them greater privacy. “Some people value the fact that cash cannot be traced and, while the appeal of this is sometimes questionable, it may also be that as Brits we value our privacy, also seen in the fact that we have always rejected the idea of identity cards which other European take for granted,” Molly Scott Cato, Green MEP for South West England and Gibraltar, told The Independent.

More than 70 per cent of Britons would not be happy with government agencies such as the police, intelligence services and the taxman being able to track every payment they made, according to a recent survey of more than 5,000 people by Cartridge Save. Some fear that if physical cash was scrapped, government agencies could switch off people’s access to their own money if they wanted to, for example if they were convicted of a crime.

Duncan McCann, researcher at the New Economics Foundation, told The Independent that he has already seen those with a vested interest in the transition to digital mounting campaigns try and turn us off cash and onto their payments systems, where they receive part of the transaction. You might have too, if you’ve seen an advert for a digital wallet like PayPal or something similar. “With such an oligopolistic payment system I do not want to imbue them with even more power,” McCann said. 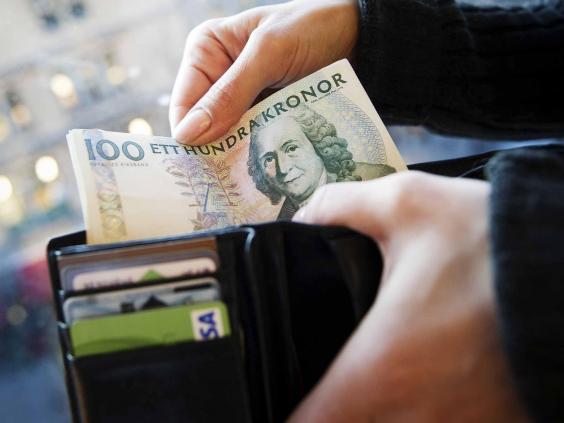 What if there was another way? Scott Cato said a digital currency could have popular appeal – if it didn’t involve central banks. “Interestingly, when the European Parliament recently worked on a report on Bitcoin there was widespread support for this genuine digital money that is created by users without the intervention of banks. So politicians from various political backgrounds all saw the value in citizens’ liberating themselves from bank money and creating their own”, she said.

Despite all the hype – and all the FinTech companies hoping for a slice of the pie – the amount of cash in the UK is rising, not falling like in Sweden. That means the UK could have longer to wait for a digital currency, if it gets one at all. “I am extremely skeptical about the transition to a cashless society,” said McCann. Looks like the tooth fairy can breathe a sigh of relief – for now at least.