Dear Government, Deliver Us From Freedom 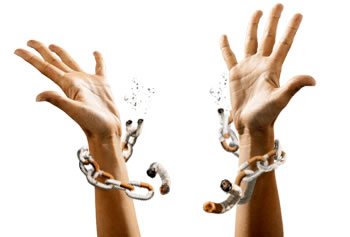 Freedom. Terrible, terrible freedom. It’s almost like people are naturally inclined to seek it out. And if you’re not careful, it can pop up anywhere.

Take this “Peer-to-peer economy” that the plebs are talking about these days. They actually want to trade products and services directly, without going through the transnational corporate slave structure that we’ve spent so long honing to perfection! The nerve!

And apparently it’s working out for them. Did you know that professionals who sell their services directly to clients through the P2P economy are now making a median income of $61,000 a year, higher than the national average of $54,000?

And that’s just the income they’re willing to admit to making. Who knows how much people make working under the table for cash, or participating in community exchanges! None of that income will ever be taxed, of course. So who, exactly, is going to pay for the Pentagon’s next trillion dollar boondoggle or the next war of aggression in the Middle East?

And what of our beautiful taxicab medallion system? You know, those monopolies on the government-granted privilege of making money by giving someone a ride? That system was working out so well for corrupt city officials and their crony business friends. Why, in the 10 years from 2001 to 2011 alone the price rose nearly 6000% to $1 million. In the next two years it more than doubled to $2.5 million. $2.5 million just to buy the right to operate a taxi in New York City! What a beautiful system.

But then these ride-sharing services came along. The gall of them, letting drivers communicate directly with customers to arrange rides via their phones. Faster service. Cheaper rides. No million dollar medallions or golden handshakes or taxi monopolies. Freedom. Terrible, terrible freedom. And the people seem to like it. The majority of taxi users in Australia now use ride sharing apps. 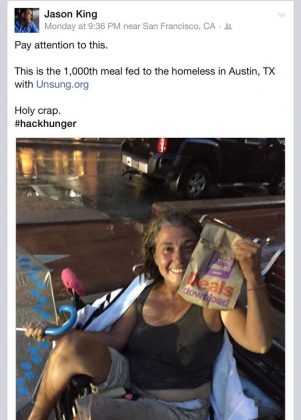 But wait, it gets worse. When the city of Austin ran both Uber and Lyft out of town with proposed regulatory burdens, something strange happened. People didn’t sheepishly go back to using the city-approved taxis. They started looking for even greater freedom. Now instead of using bloated, government-colluding corporate ride-sharing apps they began looking for decentralized, peer-to-peer ride-sharing alternatives. Within weeks an alternative had sprung up with 30,000 riders and drivers connecting directly to each other without a corporate middleman.

And here’s the worst part: That ride-sharing platform teamed up with a sharing economy charity that distributes discarded food from restaurants and grocery stores to the homeless. Together they have now delivered 1,000 meals to the homeless in Austin.

So what’s next for these freedom-loving degenerates, you ask?

A decentralized social messaging system that alerts a social circle of your choosing in the event of an accident, emergency or run in with the police? There’s an app for that.

Freedom cells, conscious agorism and a general awakening to countereconomics by which people can support each other rather than wait for the government to do it for them? Check, check and check.

Do you realize what this means? It means that the plebs are actually starting to spontaneously organize in new and innovative ways to help each other. This is a disaster! What if they stop believing that all charity on earth must be provided by the government? What if they start creating self-sufficient communities? Or collaborating without corporate middlemen? Or transacting around the world without the knowledge or oversight of our tax collectors?

Freedom. Terrible, terrible freedom. What if there’s no putting a lid on it?