PARIS – And now some breaking news coming from the Islamic Emirate of Syriastan. This program is brought to you by the NATOGCC corporation. Please also tune in for a word from our individual sponsors, the United States government, Britain, France, Turkey, the House of Saud and the Emir of Qatar.

It all started early this week, with a proclamation by the elusive leader of al-Qaeda Central, Ayman “The Doctor” al-Zawahiri, hidden somewhere in the Pakistani tribal areas; how come Double O Bama with his license to kill (list) and prime drone fleet cannot find him?

Al-Zawahiri called for all the Islamist brigades in the Jihad Inc business fighting the government of Syrian President Bashar al-Assad to found an Islamic emirate, the passport du jour leading to an Islamic caliphate.

But then, the next day, the head of Jabhat al-Nusra, the shady Abu Muhammad al-Joulani, said that yes, we do pledge our allegiance to al-Qaeda Sheikh, Doctor al-Zawahiri; but there has been no M&A business whatsoever with al-Qaeda in Iraq.

Let’s hit them with our option
Every grain of sand in the Syrian-Iraqi desert knows that the “rebels” who really matter in fighting terms in Syria are from Jabhat al-Nusra – hundreds of transnationals fond of beheading and suicide bombings.

They control, for instance, a few important suburbs of Aleppo. They’ve perpetrated scores of kidnappings, torture and summary executions. Crucially, they killed a lot of civilians. And they want to impose no-compromise, hardcore Sharia law. No wonder middle-class, educated Syrians fear them more than anything lethal the government might resort to.

Al-Baghdadi admitted the obvious: Syrian jihadis are an annex to Iraqi jihadis, from whom, crucially, they have been receiving on-the-ground battle experience. After all, it was these hardcore Iraqis who fought the Americans, especially from 2004 to 2007. The plum tomato in the kebab is that al-Nusra itself was founded by Sunni Syrians fighting alongside Sunni Iraqis in Iraq.

Then there’s what the House of Saud is up to. The Saudis are competing in a regional marathon against al-Qaeda to see who enrolls more Sunni fanatics to fight those apostate Iranians, both in Iraq and the northern Levant. The House of Saud loves any jihadi, local or transnational, as long as he does not raise hell inside Saudi Arabia.

The alphabet soup of US intel agencies should know all that by now; otherwise suspicion that they spent all this time watching Monty Python reruns will be proven correct. Reason seemed to have prevailed when a puzzled State Department, via Secretary John Kerry, reversed Hillary Clinton’s Artemis syndrome and last month called for the Assad regime and the “rebels” to negotiate – anything – although he also had the temerity to proclaim there are “moderates” among the jihadis.

But then, earlier this week in Jerusalem, just as the jihadi merger and acquisition was about to be announced in Syria/Iraq, Kerry insisted that for the Obama administration “no option is off the table” in terms of a US attack on – Iran.

Abandon all hope all you geopolitical dwellers in this valley of tears. The State Department does remain as puzzled as ever, as no rational adults seem to be able to distinguish between hardcore Sunni jihadis – of the 9/11 kind – and “axis of evil” Iranians.

The Europeans at least seem to be having second thoughts. The French announced this week they want to convince the European Union and the UN Security Council to brand Jabhat al-Nusra as a “terrorist organization”. Yet everybody runs for cover when the question of what happens to the weaponizing of the Syrian “rebels” arises; it’s obvious that Jabhat al-Nusra is having a ball with the status quo.

And still, next week, they will meet again – the main producers of this ghastly Z-movie, Regime Change Special Ops, plus some marginal players. It will be the US, the Brits and the French, Turkey, Germany, Italy, Jordan, the UAE, Qatar and Saudi Arabia. They will agree to keep the weaponizing going – and actually turbo-charge it.

So what is the CIA doing in all this mess? Well, hoping it gets messier, by supporting Baghdad-approved Shi’ite Iraqi militias to go after the jihadi superstars of the Islamic State of Iraq and the Levant. Iraqi Prime Minister al-Maliki even asked for CIA drones to bomb them to paradise. No luck – for now.

Baghdad has seen the writing on the wall – a direct consequence of the divide and rule, Sunni-against-Shi’ite games the Americans have been encouraging for 10 years now; the next stage is set for a civil war, Syria-style, in Iraq. Iraqi intelligence is seriously infiltrated by Islamic State of Iraq jihadis. There are no desert borders to speak of; Anbar province is watching what’s unfolding in Syria as a dress rehearsal for what will happen in Iraq.

It’s as if the brand new Islamic State of Iraq and the Levant cannot wait for Iraq to be back to that sinister, gruesome period between 2004 and 2008, when the body count could make Bruce Willis cringe. So what’s a Pentagon in retreat to do? Shock and awe them all over again? Oh, no; this option is not for Iraq or the Islamic Emirate of Syriastan; it’s only on the table for Iran. 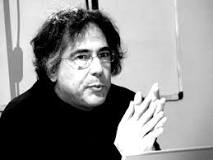