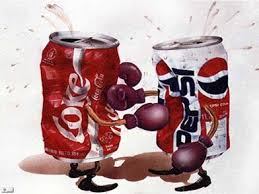 Monday’s Presidential debate on foreign policy, as one might have expected, supplied more than its share of howlers. Mittens, for example, referred to Venezuela’s Hugo Chavez as one of the “world’s worst actors.” In response to an early Obama administration statement to the effect that “the United States has dictated,” Romney said: “The United States does not dictate to other countries. It frees other countries from dictators.” And he referred to Iran as “the world’s leading sponsor of terrorism,” and called for the prosecution of Ahmadinejad for genocide.
It’s hard to guess whether Mittens is really this abysmally ignorant or just pandering to his estimate of his audience’s stupidity.
Let’s start with Chavez. He’s certainly shown a dismaying tendency toward authoritarianism and caudillismo as president of Venezuela. But it’s a safe guess his “Bolivarian Socialism” is nowhere near as godawful as the regime the United States would have replaced him with — and still would — had its attempted coup in 2002 succeeded. At best it would reenact the corporate looting of state assets, rubber-stamping of fake “free trade” treaties, and union busting carried out by Paul Bremer’s Iraq Provisional Authority. At worst, it would resort to the same secret police and death squad murders of labor activists as other Latin American regimes installed by U.S.-backed coups in previous decades. Either way, you could count on massive transfer of peasant land back to landed oligarchs.
Apparently the U.S. state’s main criterion for a “bad actor” is someone who doesn’t take orders from Washington — and worse yet, manages to retain power when Washington decides to punish him for it.
As for that bit about “freeing countries from dictators” bit, my eyes hurt from rolling so much. Yeah, the U.S. freed the hell out of Guatemala, Iran and Indonesia. Mobutu built pyramids of the skulls of those he liberated. Starting with Goulart in Brazil and Allende in Chile, and proceeding through Operation Condor in the 1970s, the United States “freed” one country after another from left-leaning elected governments and replaced them with military dictatorships. In those days you could identify the “Free World” by all the dictatorships installed by the United States, rather than by the Soviet Union.
And any time you see a U.S. government ranking of “state sponsors of terrorism,” you should always remember to fill in the unspoken “except for the United States.” From the military regime that supplanted Arbenz in 1954 to the Contras in Nicaragua thirty years later, the systematic use of death squads to terrorize labor and landless peasant activists into docility has been a favorite weapon in the American arsenal.
Never mind the direct use of state military power as a terrorist weapon — deliberately blowing up electrical plants and water purification facilities. When it comes to the murder of hundreds of thousands through fire-bombing as an instrument of state terror, the U.S. has been the unchallenged heavyweight champion since 1945.
Not that Obama is any better. Liberal Democrats, just as much as Republicans, make foreign policy on the assumption stated by Chomsky as “America owns the world.” Obama, as much as Romney, believes the United States bears some sort of messianic obligation to maintain “global security” by determining the outcomes of international disputes, installing “responsible” governments, and deciding who’s allowed to have nukes. Obama, as much as Romney, believes America is the one country whose “defense” capability should be based, not on “legitimate defensive needs,” but on the capability of enforcing its will on the entire rest of the world combined. Obama believes, every bit as much as Madeline Albright did when she was raining death from the skies over Yugoslavia, that “America is the world’s indispensable nation.”
Obama may believe that America sometimes “makes mistakes” in carrying out this messianic destiny, but he doesn’t question the rightfulness of the destiny itself. Romney uses red meat rhetoric to appeal to the jingoist bigots in his base. But Obama’s more pacific rhetoric amounts to little more, in practice, than James T. Kirk’s attitude as expressed in the novelty song “Star Trekkin’”: “We come in peace — shoot to kill, shoot to kill …”
However the 2012 race comes out, the winner will believe America has a unique role in telling the other countries of the world what to do. He’ll murder people — including American citizens — by the thousands with drones with no oversight whatsoever. And he’ll treat the ability to defend against an American attack as a “threat.”
The foreign policy will be the same. But you get to choose whether you want it packaged in idealistic Kennedy liberal rhetoric, or troglodytic “kill ‘em all and let God sort ‘em out” rhetoric. So which is it? Coke or Pepsi?
———————————-
Kevin Carson is a senior fellow of the Center for a Stateless Society (c4ss.org) and holds the Center’s Karl Hess Chair in Social Theory. He is a mutualist and individualist anarchist whose written work includes Studies in Mutualist Political Economy, Organization Theory: A Libertarian Perspective, and The Homebrew Industrial Revolution: A Low-Overhead Manifesto, all of which are freely available online. Carson has also written for such print publications as The Freeman: Ideas on Liberty and a variety of internet-based journals and blogs, including Just Things, The Art of the Possible, the P2P Foundation, and his own Mutualist Blog.